It was the view of former Manchester United defender Mikael Silvestre, who faced Sporting Lisbon in a pre-season friendly prior to the start of the 2003-04 season.

After a stunning performance in that friendly, Sir Alex Ferguson encouraged Ronaldo to join the club, and he went and played 292 games for United, won the first of his three Premier League championships in 2007, and the Champions League, one FA Cup, and two League Cups. 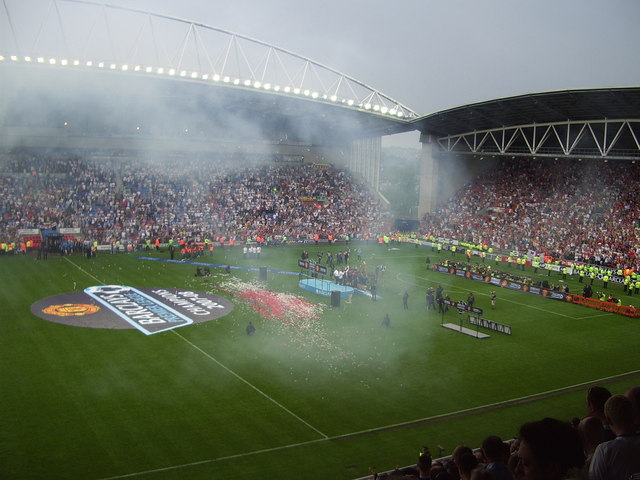 Ronaldo recorded 118 goals for Manchester United, along with a spectacular screamer against Porto in the Champions League, when he picked the ball up 40 yards out before pushing a shot into the top corner. That was a stunning goal from a straight free-kick.

The performance earned the Fifa Puskas award for goal of the year for the first time.

When Ronaldo scored the winning goal for Real Madrid in the Copa del Rey final against arch-rivals Barcelona, he began to pay off the world record cost.

Ronaldo leapt towards the far post to force in a trademark header from Angel di Maria’s cross, giving the club its first trophy.

With such a goal over Levante in October 2015, he surpassed Raul as the club’s all-time best scorer, who has 323 goals. 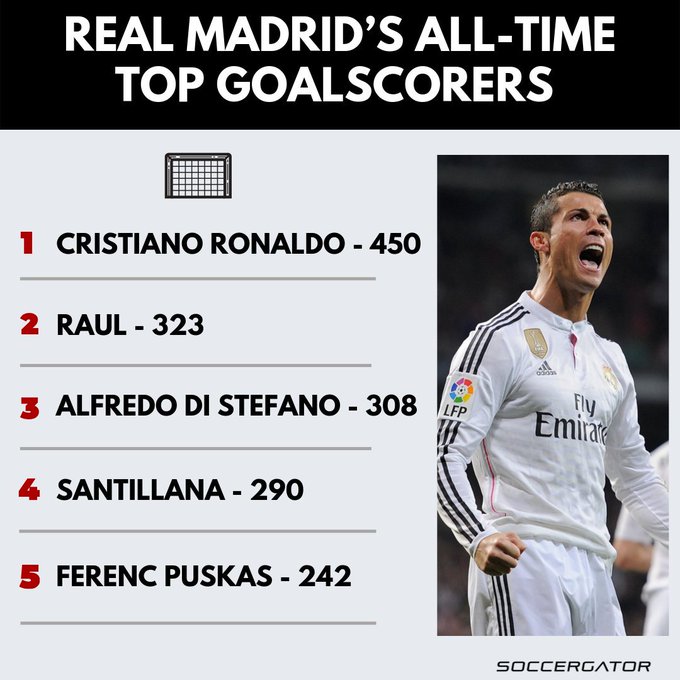 Ronaldo had international success with Portugal, winning the 2016 European Championship with a victory against France in the final in Paris.

Cristiano Ronaldo’s name is practically associated with the Ballon d’Or. The Portuguese superstar has won the award five times and has been on the platform for more than a decade.

In addition, one of the most memorable moments in the lengthy history of the prize ceremony occurred at the 2014 event, when Ronaldo yelled ‘SIUUU’ following his winning speech, sending football supporters into a frenzy.

The video went popular almost instantly on social media. But it wasn’t quite obvious what Ronaldo performed at first, it was eventually revealed that it was indeed a screaming from Ronaldo’s iconic celebration.

A century of Champions League goals (2018)

Ronaldo was the very first player to enter the Champions League’s 100-player club, which was subsequently joined by former rival Lionel Messi.

The two goals over PSG during the last 16 propelled him above the century mark, and he retains the competition’s all-time leading scorer, with 134 goals in 176 matches.

When Cristiano Ronaldo was a Real Madrid player, something incredible happened. He scored a spectacular bicycle kick when meeting a cross from the right in a match against Juventus. His goal-oriented jump is still well-known today.

The goal in the Champions League quarter-final was so impressive that Juventus supporters rose up to celebrate the player, who would subsequently join their team.

Ronaldo surpassed another historic milestone earlier this year when he scored two penalties in Portugal’s 2-2 European Championship draw with France, bringing his total to 109 international goals.

Reaching the milestone contributed to his 36-year-status old’s an all-time great.

During an interview with Piers Morgan in 2019, Ronaldo revealed more about his childhood.

One of the more shocking anecdotes he told was about going to the local McDonald’s and begging for burgers.

Ronaldo was away from his family at the time and was in Lisbon. It was a “really difficult era” in his life, he said.

“Late at night, like 10:30 or 11, we’re a little hungry,” Ronaldo explained. We had a McDonald’s near the stadium where we lived, and we would constantly walk to the back entrance and knock… ‘Are there any burgers left?’

I talked with other people in Portugal to attempt to locate the girls, but McDonald’s was closed. So if this interview helps them identify themselves, I’ll be overjoyed.

Arsenal boost as Gabriel Jesus updates fans on knee injury with Instagram post ahead of Everton clash as forward shares picture of himself on...