LEAGUE ONE Charlton face a trip to Old Trafford to play Manchester United in the Carabao Cup quarter-finals.

The Addicks are the only non-Premier League team left in the competition.

And they were made to wait after Sky experienced technical issues pitchside at the Etihad, delaying the draw until nearly 11pm – an hour after Manchester City beat Liverpool.

But it was worth it for the third-tier Londoners as they have been handed a dream tie against United after their penalty shootout win over Brighton on Wednesday.

The Red Devils eased into the quarters with a 2-0 win over Burnley the same night.

It will be the first meeting between the United and Charlton since February 2007, with Sir Alex Ferguson’s side running out 2-0 winners.

In fact, Charlton’s last win against their last-eight opponents came way back in November 1989.

Elsewhere in the Carabao Cup draw, Manchester City were drawn to face Southampton at St. Mary’s.

The other two ties are Wolves vs Nottingham Forest and Newcastle vs Leicester.

In a hectic festive schedule, there is not long to go until the ties take place.

HOW TO GET FREE BETS ON FOOTBALL

The quarter-finals are set to go ahead in the week commencing January 9.

Manchester City qualified for the last eight by knocking out holders Liverpool with a thrilling 3-2 win at the Etihad.

Erling Haaland took less than ten minutes to find the net but in the end it was Nathan Ake who scored the winner from a delightful Kevin De Bruyne cross. 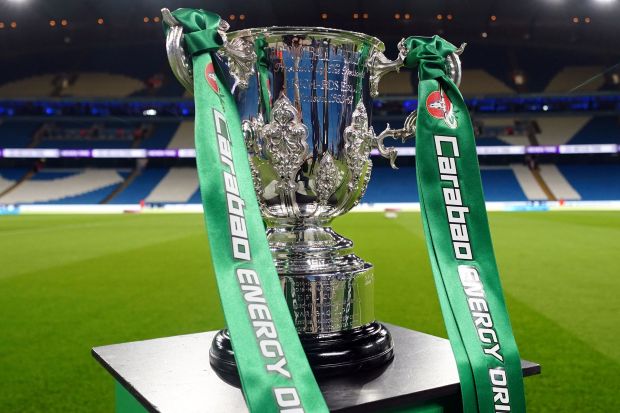