First senior match of the career

Edson Arantes do Nascimento, better known as “Pele,” was born in 1940 and began his incredible career as a youngster. De Brito took Pelé to Santos, an industrial city near Sao Paulo, in 1956 to try out for the professional team Santos FC, promising the club’s officials that the 15-year-old will be “the best football player in the world.” During his test, Pelé surprised Santos coach Lula and secured a professional deal with the club in June 1956. Pele’s senior squad debut against Corinthians Santo Andre on September 7, 1956, was one of his most memorable moments. Pele had an outstanding effort in the 7-1 triumph, netting the first goal of his successful career during the game.

The youngster was called up to the Brazil national team, ten months after signing a professional deal with Santos FC. Pelé’s debut international match was a 2-1 loss to Argentina at the Maracana on July 7, 1957. Pele scored his first goal for Brazil in that match at the age of 16 years and nine months, and he is still the country’s youngest goalscorer in history.

After losing a World Cup final eight years earlier, Brazil eventually won their first World Cup in 1958, thanks to a secret weapon in the form of a 17-year-old. As a youngster in 1958, Pelé wowed the world and made his mark in football history. Pele scored one of the World Cup’s best goals, taking down a high cross on his chest, flipping the ball from the overhead of an onrushing opponent, and then smashing home a precise volley. He later doubled his score as Brazil won the World Cup for the first time, 5-2. Pelé, who was only seventeen years old on this date, is still the youngest player to play in and score in a World Cup final. For all of these reasons, the 1958 World Cup final is considered one of Pele’s famous world cup moments.

The Superstar of Copa America

The 1959 South American Championships, often known as the Copa America, were the ones that eluded Pelé during his illustrious career. But he doesn’t blow himself up over the award.

Pelé lit up the tournament in 1959. Although Brazil did not win the South American Championships, finishing a point behind Argentina, Pele astonished everyone on the continent, scoring eight goals and being voted tournament player of the year. This was the story that led to one of Pele’s most memorable moments.

Brazil’s national team entered the seventh World Cup in Chile as the defending champions. Although the 1962 World Cup was not as memorable for Brazil and Pele as the previous edition, the most significant thing was their accomplishment in repeating the victory and winning back-to-back World Cups.

The 1962 World Cup final match became one of Pele’s most memorable moments. They accomplished something that only Italy had before accomplished and that no other team has yet to do. Brazil and its hero celebrated their second triumph in the world’s best football competition after defeating Czechoslovakia in the final match. 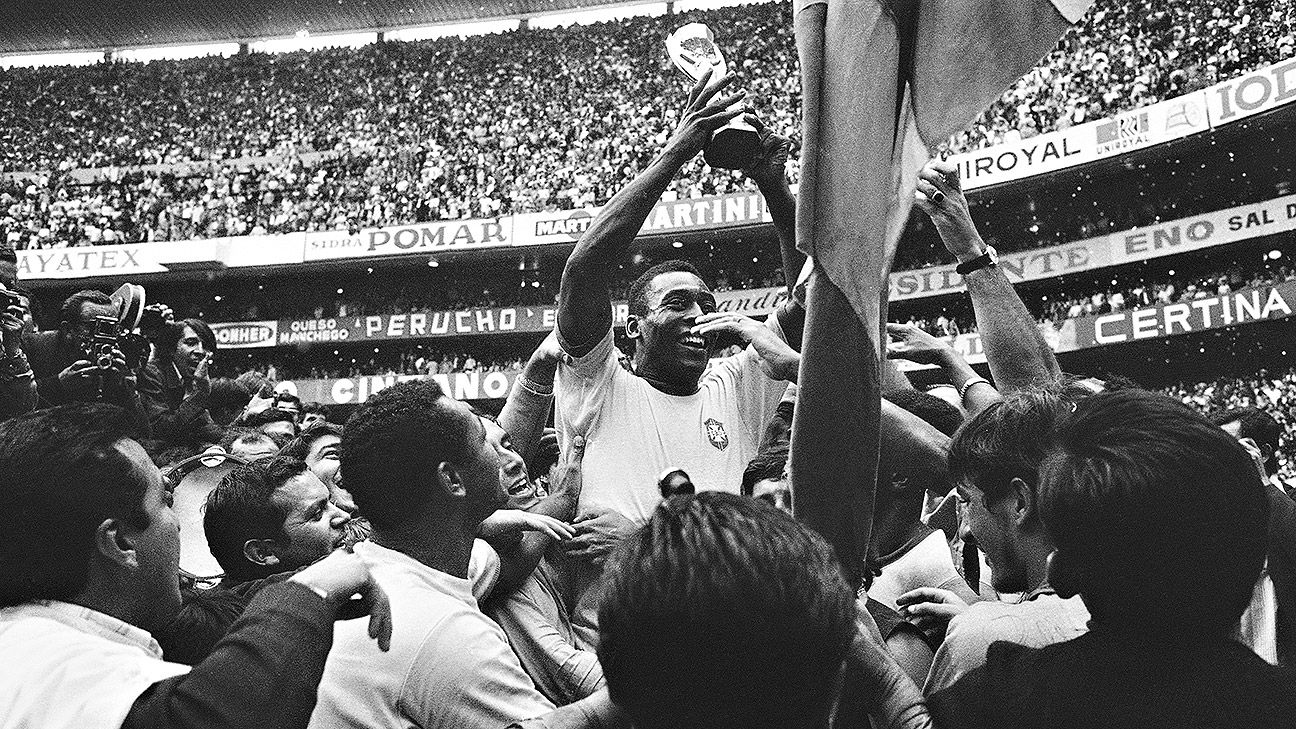 Despite originally refusing to play for Brazil’s national side in 1969, the superstar assisted the Seleço in qualifying for the 1970 World Cup. The tournament was nothing short of legendary, and on the last day, one of Pele’s best world cup moments occurred. Pele made an impression in Brazil’s opening game in Guadalajara, scoring the game-winning goal against Czechoslovakia shortly after the hour mark. A week later, at the same venue, he scored his final two goals for the national team in a 3-2 victory over Romania. From then, Rivelino, Tostao, and Jairzinho took over for the two-time World Cup champions, and Pele had failed to score in back-to-back elimination round matches heading into the final versus Italy. But in the 18th minute at the Azteca, he put Brazil ahead by heading Rivelino’s cross past Azzurri goalkeeper Enrico Alberto. Brazil went on to win the match 4-1, with Pele scoring four more times for the national side. Pele is still the only man in football history to win three World Cup medals.

Pelé was stuck on 999 goals in 1969. After failing to reach the special 1,000 in the previous two games, Santos won a penalty shootout against Vasco de Gama at the Maracana. Despite previously claiming that “a penalty is a cowardly method to score,” Pelé pushed those intense emotions aside to slot the ball home and reach 1,000 goals. Pelé barely had time to kiss the ball before teammates, opponents, and fans flocked to him and carried him around the stadium on a lap of honour. That was unquestionably one of Pele’s most famous moments.