Although the Youth Cup isn’t as important as the other trophies Beckham has won over the years, it was the first of many in what has been a remarkably successful career. Beckham’s goal in the second leg of the match helped United win the title (final score 6-3). In the same year, he made his complete debut against Brighton & Hove Albion.

One of David Beckham’s most memorable moments occurred during a match between Manchester United and Wimbledon. Beckham noticed the opposing keeper off his line in the second half and scooped up the ball on his own. The Golden Balls attempted a risky 50-yard lob, which sailed directly into the net. That goal transformed not just the game, but also the floppy-haired midfielder’s professional existence.

“I couldn’t have realized it at the time, but that was the beginning of it all: the attention, the newspaper coverage, the fame,” said the former Manchester United midfielder in his book, My Side. “When my foot landed on that ball, it opened the door to the rest of my life.”

Become the highest-paid footballer in 2007

Beckham became the highest-paid player in 2007 while playing for the MLS’s Los Angeles Galaxy. The Englishman is said to have earned almost $250 million during his five-year deal with the club, which comprised his pay and sponsorship rights.

Beckham scored one of his most memorable goals in a match between Wimbledon and Manchester United. Beckham received the ball in his own half and caught the opposing keeper off guard. After the score was 2-0, Beckham took a shot from within his own half that went directly into the back of the net.

Beckham was walking on thin ice at the 2002 World Cup after his incident in the 1998 World Cup, as supporters kept a close eye on him. Argentina was assigned to the same group as England. England was handed a penalty kick against Argentina in the group stage, and Beckham went up to take it. All eyes were on him since a miss would have ended his career. But Becks placed it in the back of the goal and celebrated wildly. This year, he received an OBE. 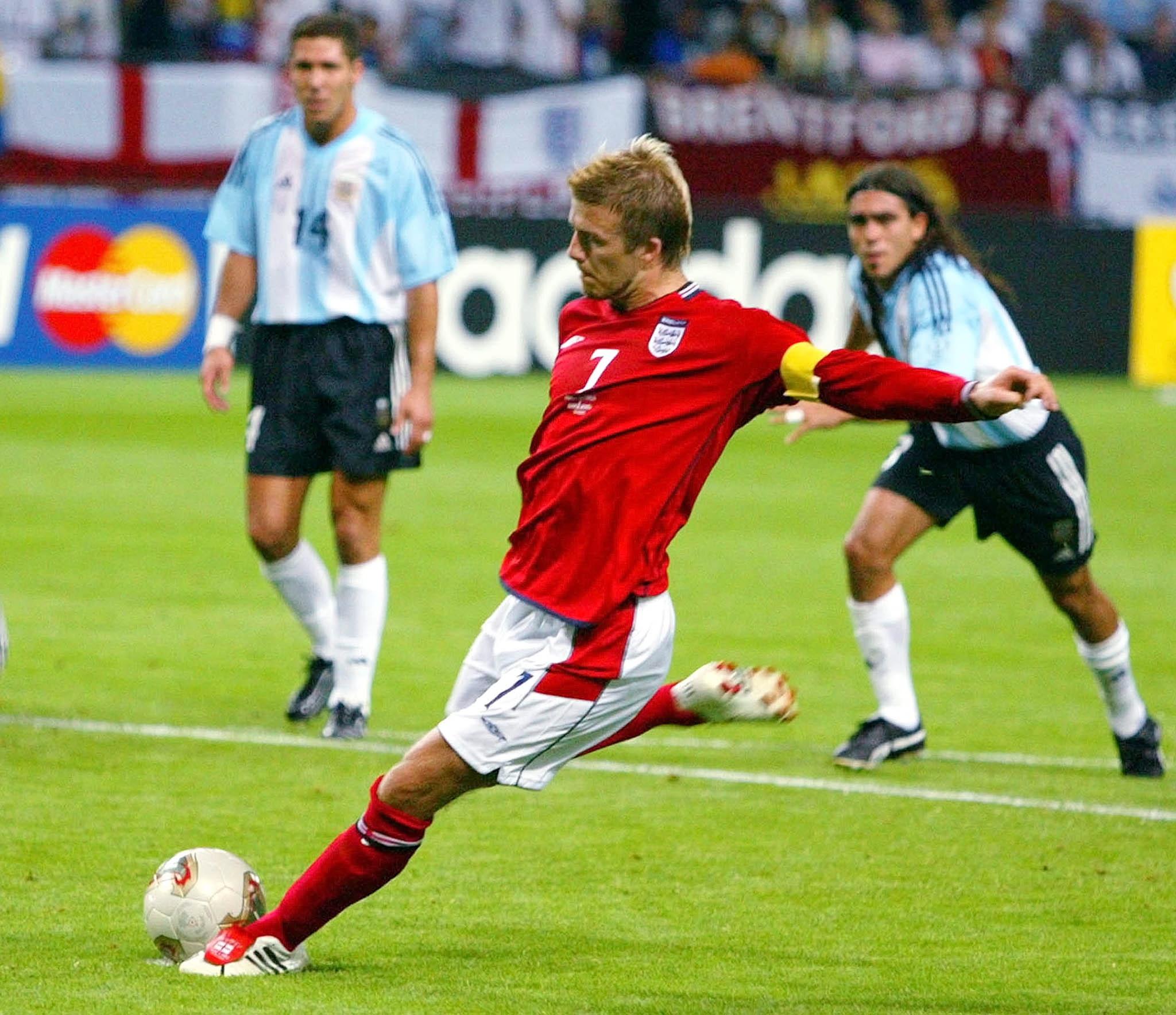 Winning the treble with Manchester United – 1999

Beckham was a member of the 1999 treble-winning side. In what was arguably his most memorable season, United won the Premier League, FA Cup, and the Champions League after a thrilling climax to the UCL final game against Bayern Munich. After trailing 1-0 for most of the game, United scored two goals in injury time on two Beckham corner kicks.

An outfielder with the most caps for England

Beckham became England’s most capped outfielder (115). Goalkeeper Peter Shilton is the only player with more appearances than him (125). “Obviously, it is a very meaningful event for myself, to reach this number of caps and to be up there just above Bobby Moore,” he stated at the time.

The Free-Kick Against Greece

Beckham’s last-minute free kick against Greece to seal England’s World Cup qualification will go down in history as one of the most iconic England goals of all time.

Beckham captained England throughout the majority of the 2002 World Cup qualification campaign, which ended in a match against Greece at Old Trafford, including a legendary 5-1 triumph against Germany in Munich.

England needed only a point to qualify but trailed 2-1 in injury time. However, in the final seconds, Beckham hit one of his signature free kicks into the top-left corner of the net. It was one of the euphoric moments for England supporters of the 1990s, and it signified his transformation from World Cup villain to World Cup hero.

Beckham signed a five-month contract with Paris Saint-Germain on January 31, 2013, donating his whole salary to a children’s charity throughout his stay with the club. He went on to make 10 league appearances for the club, scoring two goals and earning the Ligue 1 title before retiring as a professional.